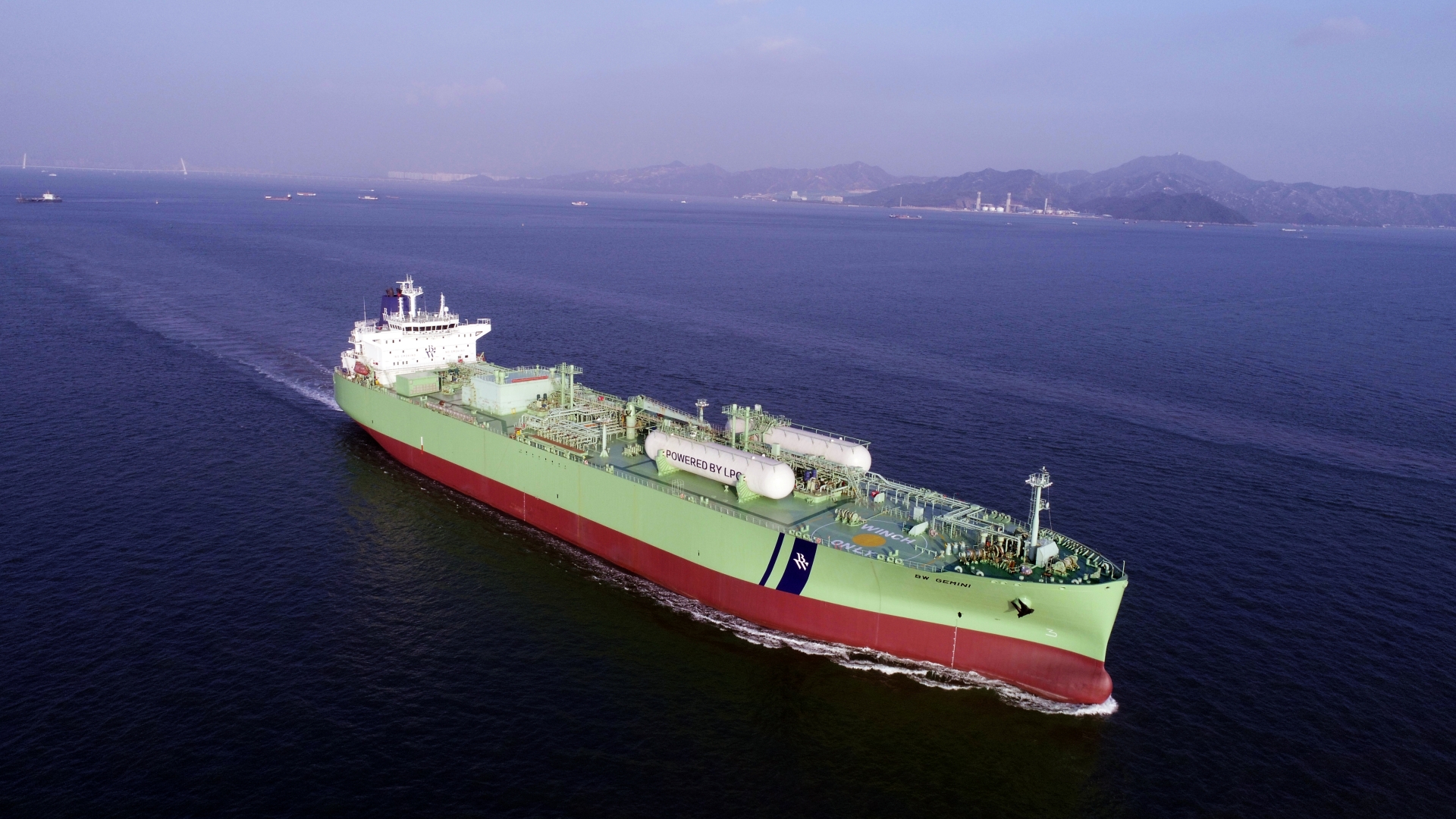 The vessel wrapped up its historic crossing of the Pacific Ocean on LPG propulsion on 5 December.

The owner of the vessel, BW LPG said that the vessel completed
its loading at Enterprise Terminal in Houston on 14 December.

BW Gemini is carrying a record load of 49,000 metric tons of
LPG on a single keel. As the vessel refuelled while loading and no additional
bunkering was needed, it proceeded on its voyage. This turnaround translates to
an increase in the vessel’s commercial availability for customers.

On the back of BW Gemini’s successful retrofitting and first
voyage, and the company’s belief in the future of the fuel, BW LPG has
committed an additional three VLGCs for retrofitting, bringing the total
commitment to 15 vessels and a combined cost of approximately $130 million.

Anders Onarheim, CEO of BW LPG, said: “We are taking the lead and advancing technology that will allow us to decarbonize and maximize the value of an asset with a 20-year lifespan as we prepare for a zero-carbon solution.

“Building new ships can provide the benefits of operating with LPG but comes at a heavy cost. Counting total emissions, a new ship represents about 70,000 tons of carbon dioxide in the materials and building process.

“Compared to 2,000 tons of carbon dioxide for retrofitting, the sustainability outcome is much better from retrofitting than from building new vessels”.

The company added that LPG propulsion technology was a
necessary and complementary step towards the use of zero-carbon fuels such as
ammonia.

As for the BW Gemini, the retrofitting process of the vessel was completed at the Yiu Lian Dockyard in Shenzhen, China. The process took approximately 60 days and is estimated to have emitted 2,060 tons of carbon dioxide. It kicked off its week-long sea and gas trials in late October.